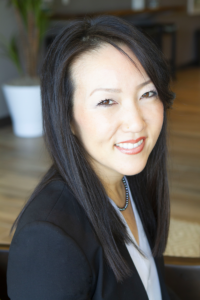 Greetings all and Happy New Year! I hope everyone was able to connect with their loved ones over the holidays. There was no shortage of good eats and naps on my end. I travelled to the Bay area for Christmas . . .on Southwest Airlines. After two cancelled flights and a seven- hour wait, I caught a flight back to LAX on standby. I met a woman whose flights were cancelled four times over 24 hours gate-hopping for any flight to anywhere in SoCal. We both made it.

Luckily, I didn’t encounter similar problems when I travelled to Washington D.C. on December 16, 2022, for the National Summit on the Criminalization of Reproductive Healthcare: Developing Defenses After Dobbs, held at George Washington Law School.

There were phenomenal and inspiring speakers including attorneys and physicians who’ve been fighting for reproductive rights for years. They noted the atrophy of abortion rights that began long before Dobbs, and highlighted some significant facts:

One particularly chilling point addressed disenfranchisement. One in four women have an abortion. If a state makes abortion a felony and convicted felons cannot vote, then one in four women would lose their right to vote.

I have the utmost respect for those on the frontlines in the fight to protect women’s reproductive healthcare. As lawyers, we have the power and privilege to protect women’s rights, and all human rights. This year, I’ve asked myself and would challenge you to identify a specific action you can take to leverage your power and knowledge to push for freedom to access reproductive services in the face of immense restrictions. We are in this fight together for the long haul.