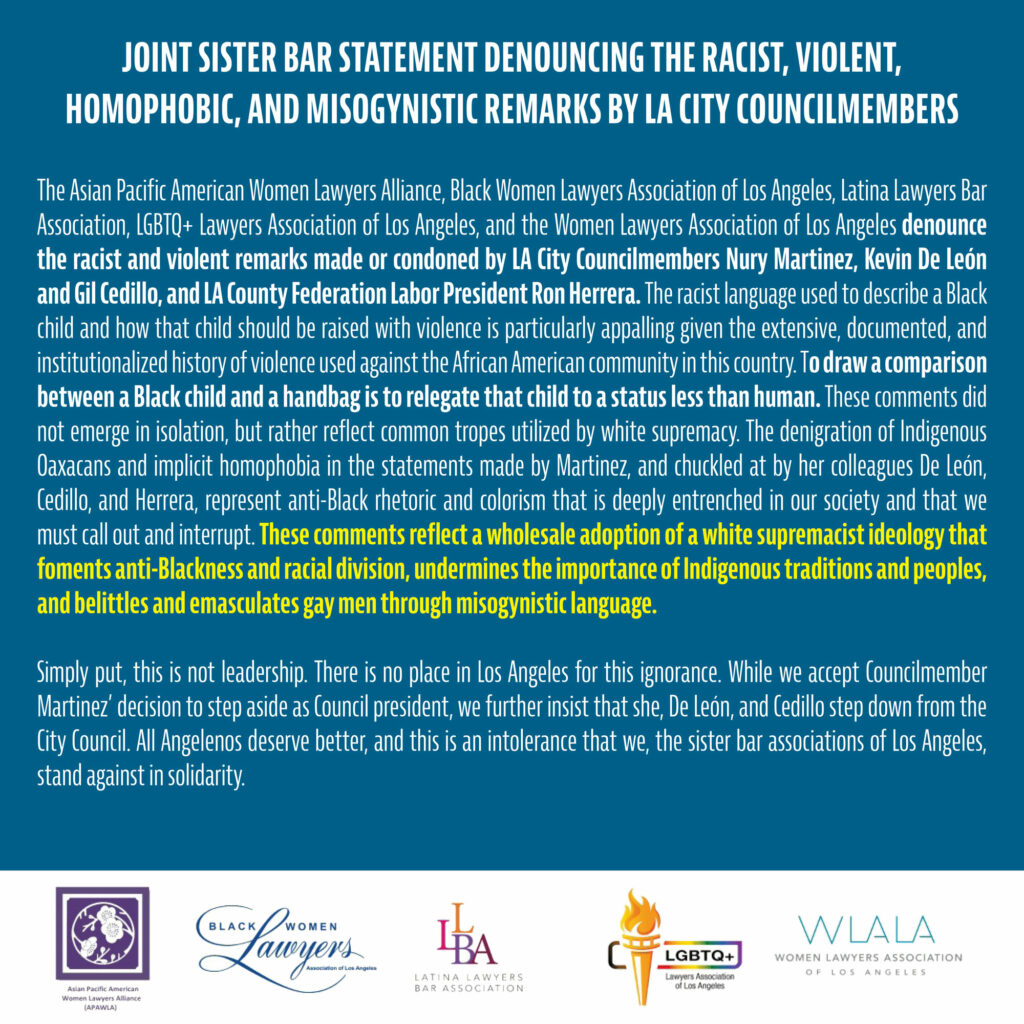 The Asian Pacific American Women Lawyers Alliance, Black Women Lawyers Association of Los Angeles, Latina Lawyers Bar Association, LGBTQ+ Lawyers Association of Los Angeles, and the Women Lawyers Association of Los Angeles denounce the racist and violent remarks made or condoned by LA City Councilmembers Nury Martinez, Kevin De León and Gil Cedillo, and LA County Federation Labor President Ron Herrera. The racist language used to describe a Black child and how that child should be raised with violence is particularly appalling given the extensive, documented, and institutionalized history of violence used against the African American community in this country. To draw a comparison between a Black child and a handbag is to relegate that child to a status less than human. These comments did not emerge in isolation, but rather reflect common tropes utilized by white supremacy. The denigration of Indigenous Oaxacans and implicit homophobia in the statements made by Martinez, and chuckled at by her colleagues De León, Cedillo, and Herrera, represent anti-Black rhetoric and colorism that is deeply entrenched in our society and that we must call out and interrupt. These comments reflect a wholesale adoption of a white supremacist ideology that foments anti-Blackness and racial division, undermines the importance of Indigenous traditions and peoples, and belittles and emasculates gay men through misogynistic language.

Simply put, this is not leadership. There is no place in Los Angeles for this ignorance. While we accept Councilmember Martinez’ decision to step aside as Council president, we further insist that she, De León, and Cedillo step down from the City Council. All Angelenos deserve better, and this is an intolerance that we, the sister bar associations of Los Angeles, stand against in solidarity.